Rotten Boroughs were those boroughs, prior to the passing of the 1832 Reform Act, that were able to elect an MP despite having very few voters. The matter cropped up when one of my Facebook friends posted on his page: “Well done to Southend Conservatives for getting us into Private Eye’s prestigious “Rotten Boroughs” page!” and another friend attacked a decision where councilors who are landlords (not all Conservatives) have managed to get the Council to change the rules so they could vote on issues where they had a personal interest, in this case on the subject of licencing properties. 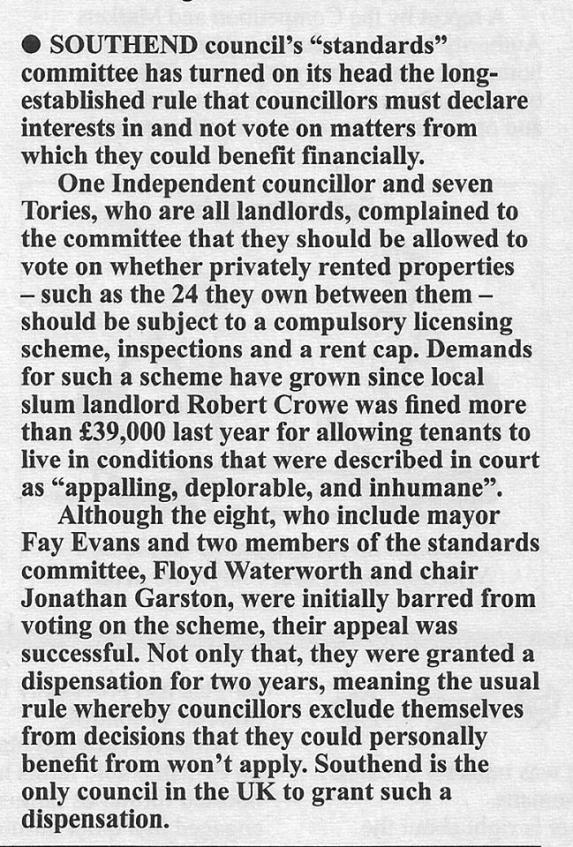 As far as my second friend was concerned, this was the thin end of a wedge that should never have been allowed and a serious breach of protocol, arguing: “this disgrace and abuse by councillors of the power they hold. Never before has a councillor been permitted to vote on matters or take part on a debate which may directly affect them including properties they own or rent. Councillors are elected to assist the people of the town not look after their own interests”. My initial reaction was this was making a mountain out of a mole hill and wry cynicism having often heard Councillors proudly declare an interest on some innocuous subject prior to a debate on it. The cynicism was the thought that many may have far more consequential interests that don’t get declared. I may be wrong of course and I agree hard work needs to be recompensed but as I survey politicians in general (admittedly more so at higher levels than councilors) I can see numerous examples of politicians NOT working purely for the good of the community given they get something significant back in return (power, money, etc.) and some lack diligence and integrity. What is more concerning is when having got into power they do all too little to serve those they represent and contentedly collect the pay outs that come their way.

While what Private Eye writes is to be read with tongue in cheek, it does raise alarm bells. In a day when increasingly the integrity of our elected representatives are being brought into question this seems hardly the time to add fuel to the fire but rather to maintain safeguards against corruption. While I agree with Churchill on his thoughts on democracy, I also believe for democracy to work to even an acceptable degree it requires an electorate that will bring their elected representatives to account and methinks the matters raised above are yet further ones that need adding to the pile. I hope for the best but fear that arrogance and apathy will continue to reign. 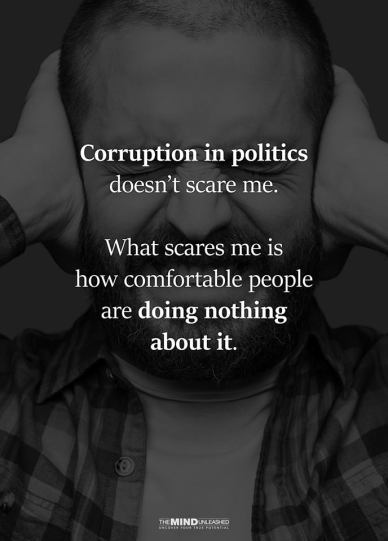