Yet another well respected Christian friend has come out with her disdain for President Trump. While there are all sorts of obvious short comings in the man that even I find disconcerting, concerning both character and when it comes to policy and delivery, what I find disappointing is most of my Christian friends don’t accept his world view may be closer to the truth than that of the motley assortment of self-appointed liberal elite types baying for his blood, and he could be the one to steer us from disaster. On top of that there is the British elite and those they influence wanting to cancel Trump’s visit to the UK, when I would rather he came to discuss trade deals and his near unique perspectives on the world and how to respond. 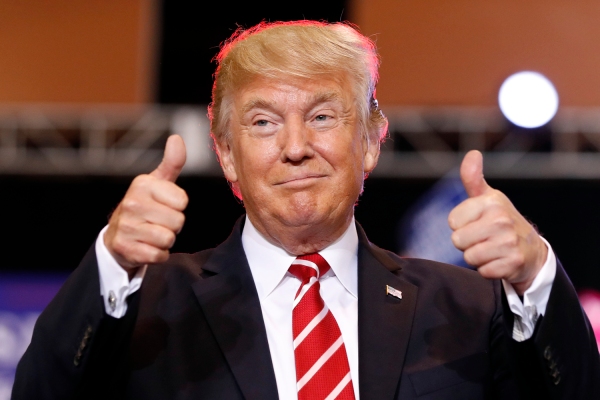 Before I present my latest Trumpwatch installment, it is worth repeating a few points. Keeping abreast of happenings around the President including the complex politics is a full time business and I don’t have that time or brain power. Sadly, all media is biased and when it comes to mainstream media and Trump, there is often a distinct anti-Trump angle. Even so, I refer to a variety of media along with alternative sources like Info Wars and the Drudge Report. Another reality is I am not a fly on the wall to what is happening and I am not the prophet Elisha who knew what the king spoke in his bedroom. I long ago learned that things are not always as they seem and this seems particularly true when it comes to Trump. I am also mindful that like everyone I have my prejudices as well as limits in my understanding, but I at least recognize these.

A lot of stuff raised in earlier Trumpwatch articles are ongoing. On the foreign front, there is still the threat of Russia and China and those countries they form alliances with: Syria and North Korea. I think on balance Trump has acquitted himself well. If anything I would like to see Trump make deals with Russia and be even more wised up over China’s intention to become the dominant world power. The Middle East remains a perplexing powder keg and it is interesting to see the US under Trump to steer away from Iran toward Saudi and to become more pro-Israel than any US President I can recall. I reserve judgment and suspect he has done better than Obama, Bush and Clinton before him. While he did not defeat Isis single handedly, I suspect his actions were a factor. Now he needs to watch his step and not get involved in conflicts he can and should avoid, despite being surrounded by neocons who say otherwise.

Immigration and Islam are both contentious subjects and I think Trump’s approach is better than the UK and the EU, who would do well to listen to him. Even so, I would rather he moderate his tweets. There is a threat and this I have little doubt and sadly his critics would rather point out his lack of moderation. Obamacare needs to be repealed and replaced, but with what one asks? This still is an imponderable but needs facing and I am hopeful this will be better than what proceeded. As for tax reform, this looks like being his first major legislative victory and while I know this needs to happen I would like it not to be at the expense of the poor. His delivering on the economy and jobs is indicative this may be the better approach. He is still surrounded by never Trumpers and that doesn’t help. Mueller’s Russian collusion delusion witch hunt continues to roll on but there are signs of this getting unstuck and the real villains in the piece being increasing exposed (thanks in part to Trey Gowdy and co asking awkward questions to members of the Justice department).

The swamp is still there but I remain optimistic some of it e.g. unearthing sex and pedophilia crimes is being and will get drained, something that would never have happened under Hillary. He is a breath of fresh air to those who want to do God and not be penalized as a result. He has some good people in his inner circle but some not so good, partly because the establishment was not ready for a populist President but he could do better, for example to clear up the Justice department and get rid of his irritating son-in-law and folk like McMaster and Tillerson. I would like to think he is his own man and can’t be brought but I am not altogether sure. The Roy Moore defeat in the Alabama senate race is a set back to be sure but not to the extent his opponents might think and want, for Moore was not a good candidate to start with. And women still come forward claiming past Trump sexual impropriety, spurred on because other similar and usually worse claims involving high level figures are being listened to. My position remains: if Trump had committed past sexual indiscretions he is doing no more than Presidents before him (think JFK). But if he lied and vilified his accusers at the same time then that would likely be a red line matter. I hope not but human nature is such that it can’t be ruled out.

One year into his presidency and I stand amazed at what Trump has managed to accomplish in so short a time. His popularist, anti-globalist revolution has reverberated across the globe and as a whole I reckon that to be a good thing. While maybe a mere figure head to such a movement, Trump has woken up and helped to empower many, and it will continue even if he were taken out. He has been vilified more than any President in my lifetime and that is a cause for concern. There is no doubt a good many including some of my nice Christian friends want rid of him. Then I suspect there are many like me who have been reluctantly resigned to a continuation of the status quo (whether Republican or Democrat led it doesn’t matter). I am happy Trump has proved me wrong. Now I can see a better way laid before us and hope to be able to enjoy some of the freedom we now have under Trump, even if I don’t live in America.

We live in a troubled world and some of the troubles like climate change Trump has managed to dodge, but I would rather have Trump at the helm than the alternatives that were on offer, and see him even more as a Cyrus type figure and a man for our times, who while he exhibits the mad and bad, even more so he does the good.

Update 18/12/2017: I find in my social media feed more criticism, sometimes justified, of Trump than praise and people sometimes challenge me for specific items of praise with justification, so here goes – three examples of which has come in the last 2-3 days, and every week there are positive things that Trump does that is for the greater good, which I doubt of his rivals would have attempted.

I was tempted to cite him watching “Good Morning Joe” and given their vitriol toward him use what comes out as guidance as to what issues to address that day (but I guess if I did people wouldn’t share my sense of irony). I also came across a story titled “The secret backstory of how Obama let Hezbollah off the hook” and am pretty sure that would also have been the case under Hillary but NOT with Trump. But I did say three exanples!