Today I attended a Service of Thanksgiving for the life and witness of Douglas George Greenham, 18th December 1937 – 10th October 2017. The text on the service sheet was aptly: “Well done, thou good and faithful servant, enter thou into the joy of thy Lord”. Doug had been a member of my church for the last year or so and that was where the service was held. A couple of months back his wife, Val, fell ill. Soon after so did Doug. While Val got better, he deteriorated rapidly. I understand he died peacefully.

I have to confess, I did not know Doug well and our exchanges tended to not go much beyond cordial greetings but, picking up snippets at the memorial service and elsewhere, I understand he had lived a full and fruitful life. He was builder and owned his own business which I believe he run efficiently. He practically did most of the jobs those who worked for him were asked to do. I understand besides builing homes he also built churches. He was also dedicated to serving in the church and put his life and soul into doing what he could for the church, including as a lay pastor. 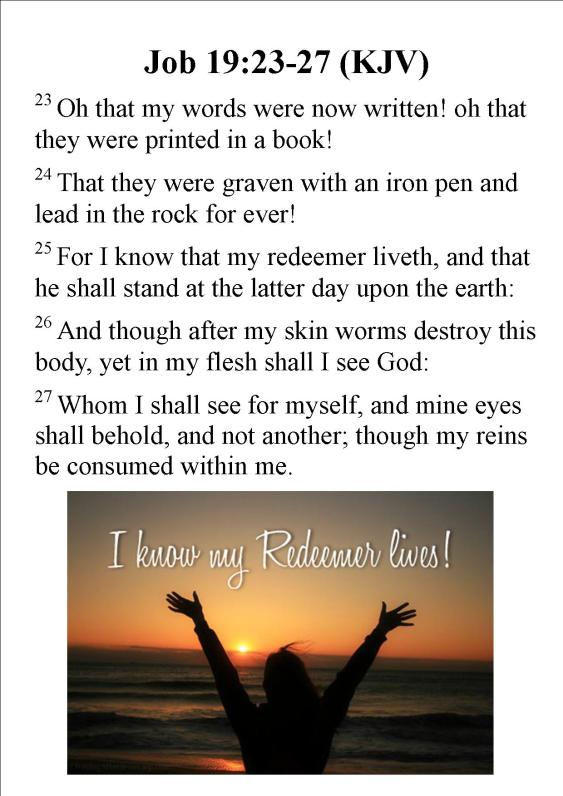 The message given by a long time friend was based on the text Job 19:23-27.  It was appropriate as knowing his Redeemer lives and would redeem him was a mainstay of Doug’s life. It was significant in another way because of certain experiences Doug had that involved suffering, while quite different to that of Job, reminded us of Job’s own dilemma as one who sought to live righteously and when he had his bad experiences continued to trust in God. For Doug, this included loss of his business and wealth.

Thank you Doug for being a good and faithful servant. I know in your case actions do speak louder than words and part of that action was to serve the church we both belong. While latterly you were limited in what you could do, I know part of your wider involvement was helping the work to continue long before I arrived. It was because of your dedication the church did continue and prosper, and we see today that it continues to serve many in the community.