Sometimes we learn of something that has happened whilst we have been asleep that is so shocking that adjectives cannot adequately describe how we feel and it is difficult to know what to say and what to do. One such incident was the fire that engulfed an entire high rise residential tower block in Kensington, London in the early hours of Wednesday morning. We still don’t know the number of deaths and given the number of persons unaccounted for the death toll will likely rise. Like many, I am still in shock but I have many thoughts whirling around in my mind. 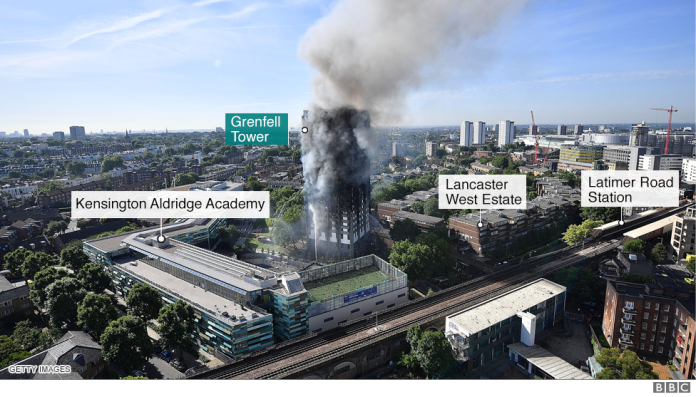 First and foremost has to be feelings of sympathy and compassion for those who were killed and injured and those close to them. It is difficult not to ponder on some of the horrors that had taken place. Then there is the fantastic response by the rescue services and first line responders and various volunteers, including from Christian and Muslim faith communities and the wider public wanting to do something to help. As is invariably the case, people want to help but don’t quite know how. Among the helpers are people I know and their response makes me hopeful for humanity. We still don’t know the full causes of the fire other than roughly where it started and once it began it quickly engulfed the whole building.

Many of the good and the great have visited the victims with mixed reactions from those visited, ranging from gratitude to anger, and this as well as many other aspects has been widely reported. Some have empathized and engaged better than others in such a sensitive setting. There is much anger, especially as fire safety measures in the building were not up to standard despite concerns having been previously raised and for all intents and purposes dismissed, and that anger is being directed at those who could and should have prevented the tragedy from occurring in the first place. Why the immediate priority is helping victims and attending to their needs, attention will soon have to turn to matters like re-housing the survivors and dealing with similar safety concerns.

Finally, there is little I can add by way of a suitable conclusion. Sometimes, words simply fail. This is a time to mourn and deal with immediate practicalities. It is then a time to reflect and pay our respects, and then hopefully lessons are learned and acted upon.