I suppose it was no surprise to learn that Haven’s an iconic store in my town (Southend) is about to close. 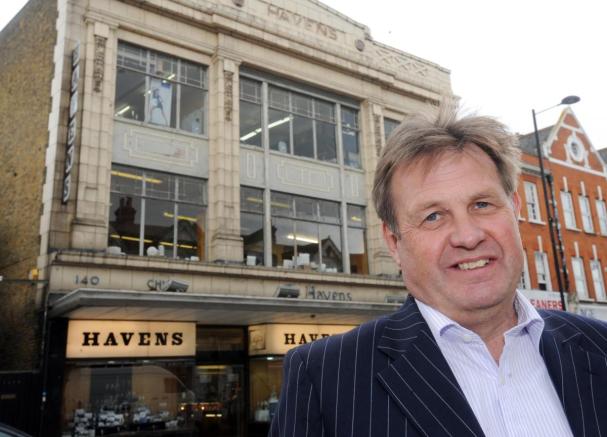 The headline in our local paper reads: “End of an era as Havens store prepares to close after almost 100 years on the high street”. It continues “A LANDMARK store is set to close and the building, which opened in 1920, is on the market for £1.5million. Havens homeware and gift store has succumbed to a growing trend towards online shopping and has begun a phased closure of its retail store in Hamlet Court Road. With a large part of the family business now conducted online, Nigel Havens who currently runs the business with his brothers, Paul and Graham, said: “It is the end of an era and very sad. There is a shift in the way people shop. People pay lip service and say they love to come in our shop but they don’t come in. “Our online business continues to do well and we will continue to trade online but on the retail side it is time for us to condense the whole thing down.” While my visits to the shop are rare (having sensed a lot of the very nice stuff that it has to offer is a bit out of my league), and this despite having passed it by often over the years, but upon learning this news I felt nostalgic and more than a tinge of sadness. As one friend commented: “probably the last of the kind of shop one visited for the fun of it“.

As an aside, when I project managed the Growing Together project some 15 years ago, Nigel Havens gave some good advice and offered to be my business mentor – for which I was grateful. I believe this family run business to be an asset to the town and has helped to promote community spirit. It has focused on its particular niche and has tried to adapt to changing times. But as far as having a continued High Street presence it has concluded, probably rightly, that it is no longer economic to do so. As a result the High Street, and here we are talking about Southend’s second high street, Hamlet Court Road, which in its hey day was a formidable shopper’s paradise, will be the poorer. Times are indeed a changing and while oldies like me lament what we have lost, the reality is we have to adapt to changing times. Many a famous “shop” that has provided fantastic service has had to close in recent years (e.g. think Keddies) and in doing so we the public lose out. I wish I have an answer but I do fear our living in the Internet age and that of big national / international chains may gain certain advantages but lose many others. Thank you Nigel and co for keeping going for so long and providing your service and best wishes in your future endeavours.