As I have indicated more than once, I never envisaged spending as much time as I have in the blogosphere focusing on one person, in this case Donald J. Trump, yet I felt I must. Since my avowed aim as a blogger is to consider things that are significant that are going on in the world, this is one subject I cannot avoid, and neither can I comfortably heed the advice of well meaning friends that maybe I should put Trump to one side and concentrate of stuff I am more directly involved in, like helping the homeless. While it is all about making a difference, one way to do this is through understanding. 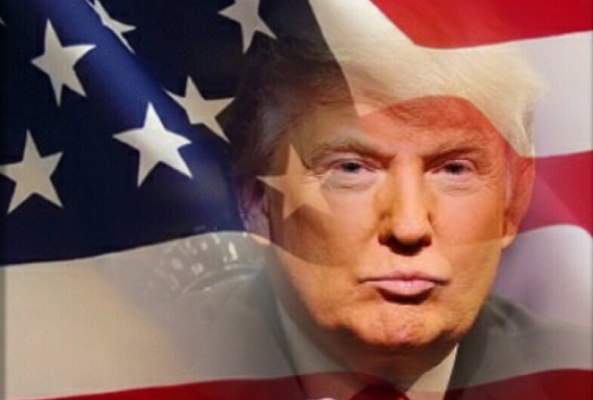 Even before he put in his hat in the ring as a Presidential candidate, I was aware of Trump, and while I was mildly interested in his life as business tycoon and TV celebrity, I did not give him much thought and nor was I a fan, agreeing with many that the flaws in his character were of the sort I particularly disliked. In his early campaigning, I initially failed to take him seriously and could never envisage him becoming the Republican candidate ahead of a number I considered more suitable, and this partly based on a view of his personality that was crass. But as the campaign unfolded I realized he was saying things others did not have the boldness to say and yet resonated with a good many among the electorate. The so called “deplorables” were good, patriotic, often god fearing people, who feared the worse if an alternative was to be elected. And so it turned out – not according to script Trump became President.

Not a day goes by when he says or does something or when some event unfolds where he is a significant player. While I blog on many things (see here), I have found in recent months I have done more than my fair share of Trump blogs. Since there are many blogworthy aspects an idea occurs to me to do a regular Trump update (Trumpwatch) which covers a number of these rather than resort to lots of separate blogs. This is my first attempt and may be the first of many to come as I have no doubt Trump will continue to provide new angles deemed worthy of this blogger’s attention. As those who read my blogs will know, while I am a Trump sympathizer, because I am increasing of the (unpopular) view he is good for America and the good hardly gets mentioned by mainstream media (and thus adds to the anti-Trump sentiment I detect in many of my friends), I am also his critic both on personality and policy grounds. What I am doing is not just adding to my commentary on these momentous times but by way of a corrective to the dominant narrative.

When last week Angela (Merkel), the German Chancellor, met Donald (Trump), the US President, this seemed a good subject to blog about, although I wanted to write about something not already picked up on the extensive media coverage. It occurred to me that this meeting was significant for all sorts of reasons, not least that these two powerful people were at opposite ends of the ideological spectrum. Interestingly, just as Trump is this year’s Time Person of the Year, Merkel was last year’s, and I for one would not argue with those choices. Accounts differ as to how their first meeting went, ranging from frosty to positive, although the body language (not least the handshake that wasn’t) inclines me more to the former view. Trump’s anti-immigrant, nationalism is in stark contrast to Merkel’s pro-immigrant globalism, each being seen as the premier exponent of their particular ideology with wide followings.

I was particularly intrigued by one mainstream news article titled: “Angela Merkel is now the leader of the free world, not Donald Trump”, which begins: “The US President isn’t motivated by protecting liberal democracy or freedom, his sole ideology is Trumpism: corporate autocracy with a populist facade. And he surrounds himself with white nationalists even more hostile to liberal democracy than he is”. If this is typical of the anti-Trump reporting in mainstream media, I am not surprised when people come to a view that is unsympathetic toward Trump or why Trump resorts to tweeting to get round what he regards as Fake News. This he referenced in the press conference that followed his meeting with Merkel. He also mentioned, quite poignantly in my view, there was one thing that he and Merkel had in common: they had both been surveilled by the previous administration, without their permission.

It brings me to the issue of the moment, now subject to an official hearing: the alleged Russian hacking seeking to influence to US election in favour of Trump (and the involvement of members of Trump’s team), and the Trump accusation that Obama had authorized wiretapping of his operation. In typically defiant fashion Trump tweeted earlier today: “There is no evidence of collusion with Russia. The real issue is the unbelievable amount of classified information that has been illegally leaked, putting our national security at risk – must get to the bottom of it!” One of Trump’s supporters, Roger Stone, recently wrote: “The double-standard is stunning. We are told the hijacking of the elections by the Russians is a certainty without a shred of proof yet we reject the idea Trump was spied on because there is no proof”. I am loathe to comment on where exactly the truth lies, until all the evidence is presented. My instinct though is the Russian connection is an irrelevance. It is a means to deflect attention away from the real villains in the piece: the Deep State, who not only shifted blame onto the Russians but manufactured a connection to the Trump campaign. They had no compunction when lying, who not only spied on Trump but passed on dubious information to “friendly” news outlets in order to undermine Trump and his associates, and to accelerate his demise. While a lot of this is arguably conjecture, albeit based on evidence that is building up, but where much of this is yet to come out.

It seems to me there is opposition to Trump over and above what happens when someone gets into power that some who disdain such an outcome will do all in their power to oppose. I sense this is happening in Trump’s case, not just by those opposed to him politically but also members of his own party as well as community mobilization of a resistance led by Obama / Clinton and their allies. I fear there will be something approaching civil war, although whether blood will be shed remains to be seen. An example of the opposition concerns Neil Gorsuch, Trump’s nomination for the Supreme Court. Arguably, some of those opposing are still reeling from when Obama’s nominee was opposed. Sadly, that is where politics is right now in America. I will watch the outcome of the confirmation hearings with interest, mindful of all the Trump actions this appointment, if confirmed, may be the most significant.

As I say, I will continue to watch Trump and things in which he is involved, because I sense these are significant. I expect that in the months to come there will be astounding revelations to what really is going on. I expect too that the unprecedented rate on delivering on election promises will continue under Trump but there will be no let up on presidential gaffs. I fear for the President that there are powerful forces out to get him. I also fear for the world as it edges toward Armageddon. If there was ever a time in which to entreat the Almighty for the President, this is it. If I were to make a controversial statement, it is there really is wickedness in high places, and there is a swamp that needs to be drained. Moreover, the people have allowed wickedness to remain unchecked and God is rightly angry and will judge the nations in due course. Just maybe, God is holding off, because he is merciful, and his instrument is a modern day King Cyrus – Donald J. Trump.