What has “goth, ginger and homeless” got to do with each other and why has it got me all het up? For that answer you can skip what follows and go straight to the last paragraph.But first … 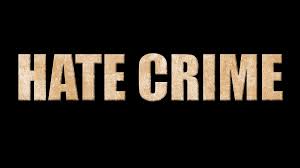 During the week I got to attend a meeting addressed by the local police hate crime officer. Given that hate crime is a factor in my work as a community activist, especially when it comes to ethnic, religious, disabled, homosexual and transgender groups, I was naturally interested to find out more. Checking out definitions, I find hate crime is “a crime motivated by racial, sexual, or other prejudice, typically one involving violence.”

I learnt that there are a good many hate crimes committed and police take this seriously. It became an issue following the Stephen Lawrence enquiry that found the police were institutionally racist, and them not making a connection between racism and the murder of Stephen was detrimental to the outcome of the investigation. I must confess some skepticism based on personal experience when an attack on someone close to me that had in our view little to do with race was only taken seriously when it was further reported that the attackers used racist language while carrying out their attack.

My other reticence is around the word “prejudice”. It seems to me, we all exercise prejudice and who has the right to decide which prejudices relate to criminal activity and which don’t. As an occasional street preacher myself, I am concerned when I hear stories of preachers arrested for hate crime when that was merely the perception of certain hearers and not the intent of the preachers (although sometimes they do themselves no favours by being unwise and lacking winsomeness in their approach). Similarly, I wonder what could happen if those taking a leaf out of the US President’s book were to make the connection between certain crimes and the religion of the criminals (typically Muslim). Yet despite this cautionary note in a PC obsessed society, I concur any “real” hate crime is egregious and needs to be dealt with appropriately.

Another thing I learned from the presentation was that besides the categories mentioned above, local police authorities are able to define certain special categories which they deem particularly susceptible to perpetrators of hate crime. These include the victim being “goth” or “ginger”.  A few like me were taken aback when we found out that while acting prejudicially toward goths or gingers could lay one open to being accused of hate crimes, no mention was made of the homeless. This is where my het upness kicked in. Hardly a week goes by when I do not learn of yet another attack on a homeless person, invariably unpleasant, merely because he/she is homeless. The upshot is if someone is attacked because he is ginger or goth, it will be regarded as a hate crime and they will receive extra attention, but not if they are homeless. It is crazy this is not classed as hate crime! I write to raise awareness, hoping to get support so we can pressure the powers that be who decide such matters to add homeless to their list of special category hate crime, and help reduce the all too frequent, unacceptable attacks on homeless folk, whose misfortune happens to be that they are homeless.