According to Wikipedia: “Milo Yiannopoulos is a British journalist, author, entrepreneur, public speaker, and senior editor for Breitbart News, a far-right news and opinion website based in the United States”. He only came onto my radar following the recent Berkeley Riots, for it was the prospect of him visiting the campus with his unacceptable to detractors message that helped spark off those riots, given his purported extreme and anti-liberal (some say neo-Nazi) views. The viciousness in which opposition was made, going far beyond peaceful process is a matter of concern and is symptomatic of a civil war that is taking place before our eyes. 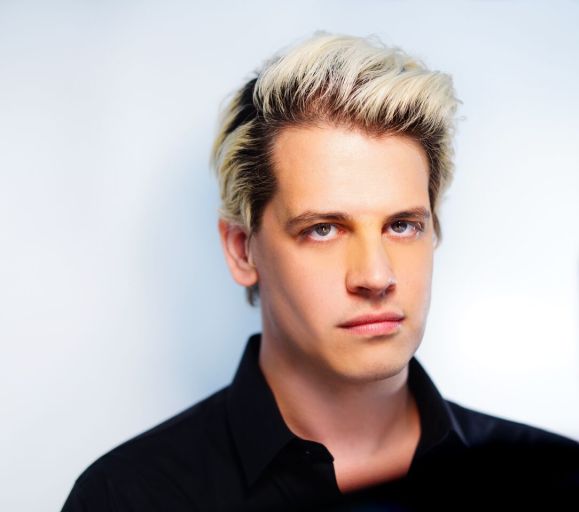 I have in recent months been following all sorts of news outlets, both when it comes to reporting and commentary, especially that which is outside the mainstream, often referred to as the alternative media. The reason for doing so is I do not have confidence in mainstream media to report accurately. Even when it does, its selection of material, missing important stuff, brings into question its integrity. Included in my today’s newsfeed was a report titled: “The media is ignoring leaked US-government documents on Syria”, making me wonder if there is a conspiracy to withhold important news, for example, the link to Islamists to recent terror and other attacks and what would give rise to a different narrative on the Syria situation. The recent accusation: “Barnabas Fund challenges BBC to correct “wholly wrong” statement on Christian refugees in the USA” has begged the question of even the BBC’s impartiality. I have been rightly brought to task by friends that in order to be balanced I need to consider media other than Info Wars or Fox News, and so I do. I read Time Magazine and the Guardian most weeks and most links and comments on my social media feed might be deemed as liberal as opposed to conservative leaning and anti Trump/Brexit as opposed to pro Trump/Brexit. For example when, someone pointed out a video detailing 50 dumb things done by Trump (see here) I watched it, coming to a view some content I agreed with, some I disagreed with and a good deal I wasn’t sure about and needed evidence to decide one way or another. One thing I was sure of: the guy doing the video was no neutral (few in my experience are) and his dislike of Trumpism (evidenced by the language used) influenced significantly what he had to say.

Regarding Milo, he is no doubt an excellent communicator who makes compelling viewing. He is one of a number I have been lately coming across, from the younger generation that has challenged the more liberal (for want of a better word) consensus that has so permeated society that some well meaning and otherwise holding good judgment friends have been duped into adopting, oblivious of the dangers. They may well see this as progress but my take from history is that this is tyranny that needs to be withstood. There is a good deal about Milo’s approach I dislike. He is gratuitous with his use of four letter words. He doesn’t always employ the true, necessary and kind principle I believe is important (especially toward his detractors, although arguably he is in those cases fighting fire with fire) and he sometimes over-flaunts his homosexuality as part of his shock tactics. Neither do I agree entirely with his dismissiveness of concerns about climate change, the significance of a rape culture on college campuses and the threat of mainstream Islam, to name but three. But there is much I like in what he says, especially his political incorrectness, his adversity to labeling people by race etc. and his love for liberty, and the way he gets his point across. Putting qualms aside, I find Milo is like a breath of fresh air.

I have spent two or three hours going through his speeches on YouTube and interviews on various media outlets and found I rather like this guy, admire his intelligence and grasp of the issues and his ability to communicate. I feel he speaks a good deal of sense and may well be a voice to steer the culture, especially a younger generation, particularly on college campuses, wanting to escape liberal brainwashing, that has been hijacked by an unholy alliance of self-interests: the rich and powerful (like George Sorros), liberals, media, globalists, Islamists and the Chinese, who we have been told we can do little about, who have cleverly managed to manipulate many into going along with their ideas. For too long people who think as I do have been fighting what seems to be a losing battle when it comes to speaking what we think without being castigated, pointing out violations to religious liberty, the need to withstand globalism, to draw a sensible line under immigration and to fight for national interests without being nationalistic and bringing real power back to the common people. For people like me who have done much in terms of fighting social injustice and have the scars to prove it, it is rather rich to be censured by those who haven’t. Too often we have been ridiculed for pointing the dangerous trends that we are seeing as this unholy alliance has been able to call the shots, because of their control of the money supply, media and colleges.

Like Milo, I believe even more strongly now, that Trump is good for America and Brexit is good for Britain. Yesterday, after confessing my liking for Trump, one friend declared she was looking forward to Trump being soon consigned to place where the insane usually end up. Another friend accused me of going over to the Dark Side when stating I rated Nigel Farage over Caroline Lucas. I even have to confess a perverted enjoyment at being taken to task like this. But I feel I have to speak – “Alt right” is an unfortunate terms as it doesn’t really explain a phenomenon that many of my anti Trump/Brexit friends have been hard pressed to understand. Yet I recognise that for many who look upon recent changes with consternation, it does appear we have gone from progress to regress and that the “deplorables” have indeed taken over. Strangely enough, when I recently did one of those on-line quizzes that have become popular of late, it had me down as a moderate socialist. I suspect many who have been rather taken by the revolution Trump helped popularize, can’t be pinned down in left or right terms either. That there is a reaction to the status quo, there seems little doubt. My concern is as with much of history, the pendulum swings between extremes and what we need is somewhere more in the middle.

When people ask me about Trump (sometimes with honest intent and sometimes in order to bait), I generally prefix my response saying there is a lot about his approach I am not happy with and some of his policies I am not in entire agreement. I await, for example, with interest, his proposals for a replacement to Obamacare, how he will address the refugee crisis, what he is going to do to help create a better environment. Yet there is lots he has done I applaud and I have little doubt if Hillary had won none of this would have happened. I like his pick for the Supreme Court and many others; I like him defunding Planned Parenthood; I like his approach to making better trade deals; I like his commitment to homeland security and stopping people come into the country when it is not in the country’s interest to have them come in; I like him recognizing the threat of Islam; I like his commitment to promoting religious freedom and repealing the Johnson amendment; I like his approach to Russia; I like his take on the Middle East with the prospect of reversing some of the disastrous policies under Obama, which Hillary would have continued; I like some of his deal making e.g. cutting the cost of an airplane; I like his words to the CIA and sheriffs; I like him calling evil evil. To misquote Milo: what have you got against that you f****** ignoramuses? although Milo also said let’s have an honest discussion on these matters. While commenting on the culture is something I feel compelled to do (and if not me then who); I am even more compelled to love God and my neighbor.

One thought on “Milo Yiannopoulos; the Alt Right and the Alt Media”