I have just been reading an article by former England cricketer, Mike Atherton, titled: “Game’s soul is not at Lord’s. It is here”. By “here”, he means Mumbai (or Bombay), where as cricket followers know England are presently playing a Test Match against India, and where real cricket lovers are all to evident and encouraged. “We”, and I mean “England”, haven’t been doing all that well in the overall series thus far (currently two-nil down and not consistent enough) and while it looked like we might turn the tables against India in the match, going by today’s play, it is unlikely to happen here, this time at least. While excuses might be found, like mental tiredness, the special demands of Indian sub-continent conditions, which do not favour the English style of play, and a lack of quality in key areas, e.g. spin bowling, the truth is England have been outplayed, although they did discover two young, talented opening batsmen and do have outstanding players. 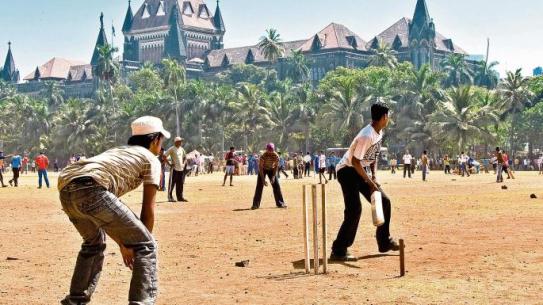 But back to the article (which I could only read by coming a Times subscriber), I found Atherton made a good case and showed himself to be not just a talented opening batsman (for those who can remember that far back) but an erudite and excellent journalist, who painted a vivid picture of the cricket at all levels being played in Mumbai, with enthusiasm and joy. Sadly, commercialism is a factor in Indian cricket as it is anywhere else, but I wouldn’t want to argue with Atherton. What made reading the article come to life is that I have been there! And in my travels around India, it has been my privilege to see cricket being played with great relish, even in some of the more remote and impoverished areas. While I am an England cricket fan and want my side to do well, I recognize that notwithstanding their potential that too often they flatter to deceive and I for one do not begrudge Indian cricket success and accolade.