Hate crime: “Any criminal offence which is perceived, by the victim or any other person, to be motivated by a hostility or prejudice based on a person’s race, religion, sexual orientation, disability etc.”

Terrorism: “the unofficial or unauthorized use of violence and intimidation in the pursuit of political aims”.

During the week, I met with the newly appointed police officer who deals with hate crime in my area, at a community meeting. For him it was a good opportunity to meet with community leaders who serve those who may be particularly susceptible to hate crime and we had a good chat. There is no doubt that hate crimes, particularly violence related, is an disturbing factor in our society, and to be able to work with the police to tackle this issue is a positive thing. One of our discussions was when does an incident which may be regarded by some to be hate (based on race, religion, sexual orientation / identity, disability etc.) motivated be classed as hate? Some may regard something as hateful when that was not the intention, for example in the case of street preachers who get arrested when someone takes offence, and what about freedom of speech and living life normally without fear of being accused of a hate crime when hating anyone is furtherest from one’s mind? 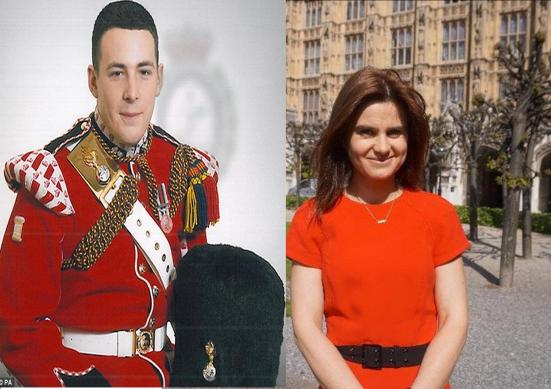 The murders of Lee Rigby and Jo Cox (see here and here) were tragic and can be regarded as most heinous hate crimes and acts of terrorism. This raises all sorts of emotions and concerns, although our thoughts are first with the victims and those who were close to them. While the perpetrators were motivated by hate and most will agree misplaced ideology, the ideologies in the two cases were quite different. In Lee Rigby’s case, most would regard his killers as Islamic extremists purporting to act in the name of their religion, and in Jo Cox’s case her killer was influenced by far right politics and who took offence over her views. There is no doubt other hate motivated crimes happening which should concern us. Just after the trial of Jo Cox’s killer, just ended, we learn of the trial verdict of a serial date rate murderer. At the time Jo was killed, I learned of another trial verdict, of a father convicted of killing his little girl, Ellie Butler, in horrific circumstances such that should have been avoided if the authorities had been doing their job properly, and yet so pre-occupied we were with Jo’s death, that there was hardly any comment made.  While each incident was deeply grievous, but now I want to return to how we tackle hate crime and terrorism.

That Islamic extremists and far right ideologs exist among us, within our society, who are prepared to further their agendas through violence, is something few would dispute, and many will cite these as the two biggest ideological threats that face us. In previous blogs, I have been critical of the government’s “British values” agenda, aimed at curbing extremism, because I doubt whether it truly understands what British values are (as its recent despicable treatment of unaccompanied sanctuary seeker children shows) or what truly motivates radical Islamists and Fascists to act as they do or fail to understand moderate Islamists and right wingers, and because of its political correct mindset can miss the groups that do perpetrate hate and target the wrong groups (and here I speak as a faith leader that while accepting safeguarding principles resent interference when it comes to teaching the tenets of the faith).

As I see it, radical Islam and neo-Nazism are on the rise, and the two are generally opposed to each other on ideological grounds. While some may be more concerned with one or the other, both should concern us. It seems to me that government does have a responsibility to identify those belonging to the two groups and be prepared to prosecute those who do commit a crime, and to an extent pose a threat, although we must be careful not to curb freedom of speech, and we should behave as responsible citizens in reporting crimes. I should add that while I have many peace loving Muslim friends who are good citizens, that is not the case for all Muslims, even if a tiny minority, and some do interpret the Koran not so much in terms of being a religion of peace but in waging holy war against the infidel. I have also supported many ethnic minority groups, including sanctuary seekers. On the subject or racism, xenophobia etc., folk who hold those views in a hateful way do exist, but with reference to recent events there are many who voted UKIP, Brexit and Donald Trump who are anything but, and we need to be slow to condemn when not cognizant of all the facts – often they simply love their country and wish to maintain its way of life.

One factor, even if arguably tenuous, in the Lee Rigby and Jo Cox murders, is that of immigration, contributing to the killing of Lee, and in Jo’s case was a reaction against immigration. It is a subject that deeply divides. On one hand there are those wanting little restriction and welcoming the notion celebrating diversity, and on the other there are those wanting little or no immigration and for those who do come in they need to embrace “British values”. It became an issue in the recent US Presidential elections, where the slogan “build the wall” became a popular catch phrase and that of keeping Muslims out of the country a rallying cry. In the aftermath of this and the Brexit vote witnessed a spate of hate incidents. I have already blogged on these matters and may well do so again, but right now my views are somewhere in the middle, but never for one moment would I accept hate crime or terrorism as a legitimate response and would want to see such resisted. Concerning one of the issues, immigration, this cannot be ignored and is one of those to be dealt with in trying to come to terms with hate crime and terrorism.

Finally, and as a gospel preacher, I have often said my preaching does not begin with the love of God, but rather the righteousness of God and we are called to righteousness (see here). But underlying all this is the love of God. All the crimes mentioned earlier were based on hate, and is beholden to us to stand against hate wherever it is found. Our righteous calling is to love our neighbour, i.e. everyone.