A few days ago, I mentioned as it were in passing, the just then announced death of someone I particularly admired, Bob Holman (1936-2016). I suppose what particularly appealed to me was his commitment to orthodox Christian belief and to social activism, the dual plank that has long defined what I have sought to do. 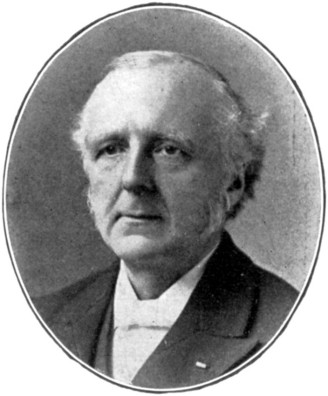 One of the many significant achievements, even if lesser known, of Bob Holman’s life is that of a writer, including his biographical studies of significant figures from the past. One of which I wrote about some months back; it was concerning one of the founding fathers of the Labour movement, Kier Hardie (1856-1915). Another of these studies was that of Baptist preacher (and a whole lot more), F.B.Meyer (1847-1929). I brought this book at the same time as that of Hardie, mislaid it, and come across it a few days ago in a clear out. Yesterday, while I was unable to sleep, I got to read it (or at least break the back), and was glad that I did too.

I found myself admiring the subject in much the same way I did the author, partly because I try to identify with their “vision” and wanting to follow their example, albeit in my own way. I find I continue to be drawn into reading about great lives in order to be inspired and  informed. As a historian myself, even if with modest accomplishments, I know all too well how difficult it is to write about someone who is dead in a fully rounded and non-superficial way, especially if it was long ago and there is no-one to ask who knew the person, as is the case here. It is difficult to write about someone you admired that presents a “worts and all” picture rather than a “rose tinted glasses” one, but the author came close. Often there were tantalizing gaps, but at least these were recognized.

Reservations aside, Holman did his subject justice and provided a riveting, factual account of F.B.Meyer. I first came across his subject in my college Christian Union days, when Meyer’s own writings were touted by visiting speakers. I recall being enthused on reading his book about Abraham and later other subjects. Undoubtedly Meyer stood out for mostly the right reasons and was influential in his day and continues to be so, in much the same way a fellow Baptist contemporary C.H.Spurgeon does today.

I should add that while he was a Baptist at least to begin with, I sensed little of a denominational spirit (although he did feel strongly about Believers Baptism by immersion) that I find irksome and he seemed to happily rub shoulders far and beyond the Baptist tradition, albeit as a Non-Conformist minister. One of the things that struck me on reading the book was how Meyer sought to identify with the poor. In his early ministry he received a lot of stick from influential members of his congregation for trying to reach out to the poor. I liked the way he identified with real issues where he could make a difference. An early example was him helping prisoners discharged from the local prisons. He observed how they often gravitated to the local pub, thus propagating the downhill cycle, seeking practical ways to change that.

It is sometimes difficult for someone with a modern mindset to fully sympathise with one who was so much for temperance, closing brothels and Sabbath observance, but in the light of the days he lived in I suspect Meyer was quite justified in making these stands. It was evident throughout his long ministry he sided practically with the poor in many different and significant ways, having also the common touch. But he also did/was what many a “good Evangelical” today would admire. He appeared to be “sound” doctrinally. He supported initiatives like the D.L.Moody (the nineteenth century equivalent to Billy Graham) evangelistic campaigns. He did much to encourage oversees mission. He was a leading light in the Keswick convention, with its emphasis on practical holiness. He was a prolific preacher and author.

As for the “worts”, it is difficult to say. It appeared family life wasn’t as lovey dovey as it could have been. While a gentle man, I wonder if he was always as humble as we would hope (or if we would have got on). There appeared to have been a besetting sin, but no one knows what it was. He was less than resolute in opposing false doctrine in the church. But then who are any of us to judge? Notwithstanding, F.B.Meyer was a monumental figure in his day, who made a massive contribution to the cause of the Kingdom, blessing many then and still does. Bob Holman is to be congratulated for bring out some of what Meyer did contribute. We do well to take a leaf out of his book!

One thought on “F.B.Meyer”