It has been a few years since I watched live a main Council meeting but, with respect to tonight’s much shorter than normal meeting, rather than watch it via Webcast (as has been my custom of late) I decided to attend in person in order to pick up the sort of vibes you don’t get when watching the show on the screen. So I went along to the Civic Centre, taking my seat in the public gallery, meeting a few old friends in the process and observing councilors in the flesh. 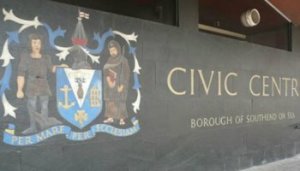 The Council meeting attended all those years ago was one in which I helped by presenting a petition objecting to the then Conservative administration’s supercasino aspirations for the town, in trying to avail themselves of some of the opportunities the then Labour government had provided in trying to link town regeneration with large casinos. As it happened, events not to do with the petition meant this did not happen. While spectating at that meeting, there were some unsavoury exchanges because of two ex-mayors having fallen out, where I witnessed firsthand the nasty side of councilors.

But I was told on good authority that tonight’s meeting would be short and the councilors would be nice to each other, and so it turned out. I was keen to see how Mayor Judith would fare in her new role and it turned out that the lady did fine, helped by a bit of hand holding from the Town Clerk. The main item on the agenda was agreeing the next Leader of the Council. Having followed developments in recent days, in particular the deal with UKIP, we did get the expected regime change, albeit by only one vote. Both the ex leader (Ron Woodley) and new leader (John Lamb) got to make short speeches, which as my friend predicted were all very nice and magnanimous with only minimal point scoring. Both ended their speech with a song (of sorts), and if I were to score the two renditions, John would just about get the nod over Ron! I should add that despite his faults, Ron did do a credible job (imo) and I hope that whatever good he did achieve will not now be undone.

The only issue of contention from what I could make out is who will chair two of the more important Council committees: Development Control and Licensing, which had been offered to the UKIP members as a sweetener to the deal. While a vote was called for with alternative candidates being proposed by the opposition, the administration were able to get their way. I am aware some feel Floyd Waterworth is unsuited to his new elevation and, while I have my qualms too and I will be watching, I would also hope he will step up to the plate. As I understand it, the other appointments were agreed without much further ado. The meeting swiftly concluded.

I have no doubt what I observed tonight was more relaxed and genteel, and certainly shorter, than normal and is not what we might expect to see in future main Council meetings. There are big challenges ahead, especially as further funding cuts are expected. I wish all the councilors well and hope they will never forget they have been first elected to serve the town’s residents, whatever their political affiliation, and this must always be their top priority.

One thought on “Council Webcasts (6)”