It is usually my experience when I go into town that I meet people associated with the town’s rough sleeper community. Partly because I know many and have a particular interest in helping rough sleepers, I try to give those who I do meet the time of day and factor in extra time for these chance encounters.

So it was on Friday. I encountered five of my rough sleeper friends (names used are not the real ones for obvious reasons). I first saw Alf, loaded with his worldly possessions, picking up cigarette butts from the pavement. I took note and moved on. Then there was Bill sitting on a bench in the High Street. I had just come out of the fruit and veg shop. We had a pleasant chat and I gave him my punnet of strawberries. As I approached Victoria Circus, I saw Charlie. He looked worse for wear because of drink and was with a group. I thought on balance not to make a bee line to say hello although I saw him yesterday when he told me he was about to go into rehab. Then came Dave, just after I turned the corner into Southchurch Road. As is his custom, Dave launched into intricate detail concerning his various woes. I listened for a while before politely making my excuses and moving on. Just as I was crossing Warrior Park toward my car, I bumped into Ed. Ed had a can of beer in his hand (nothing unusual in that). We had a short, robust but pleasant exchange and we parted, me giving him my remaining punnet of peaches. These guys were different in many ways but they all shared common needs, including that of finding meaningful activity. 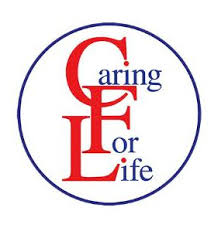 Yesterday, I attended an interesting event at my local church. It was a coffee morning to promote the work of one of the organizations our church supports: Caring For Life (CFL). Checking out its website I noted with interest how it came about: “Twenty six years ago, Peter Parkinson, a Baptist minister in Leeds, and members of his congregation were faced with a challenge to their faith that would change lives forever. In 1986, several homeless young men started attending Leeds Reformed Baptist Church. This plunged some of the church members into a whole new form of outreach. They were challenged to follow Jesus’ example of reaching out to those in need. This is how Caring For Life began. A separate registered charity was formed and prayer letters were sent to a number of churches across the UK. In 1987 a home was donated for the most vulnerable homeless young men attending the church. The three pictured on the right (from the left, Gary, Owen and Colin) were the first to live in our residential home. Carey House was opened in order to share the love of Jesus, by offering security, safety, love and respect for the men for life, or as long as they wished to stay”. Elsewhere on its website it details an impressive array of activities to do with helping vulnerable and disadvantaged people. As far as CFL is concerned, at the centre of what they do is practically showing the love of Jesus to those they serve

During the course of the morning I got to find out a lot more about Caring For Life and engage in a lively conversation with those present. One suggestion that we were able to deliberate upon, albeit without firm resolution, was should we as a church be doing something similar on our own patch, for clearly as my experience two days before and last night as we served guests at our regular Saturday night soup kitchen showed, there is a need. In our discussion, we touched on some of the challenges that would face us if we were to go down a similar path. We were also made mindful (partly because of what I had picked up by my networking) that there were others thinking along those lines. Two groups that came to mind were “57 West” and “Hope 316”, and that also had something to do with our sharing a common Christian ethos. It was noted that Caring For Life did not receive much in the way of money from charitable grant making bodies or statutory funding. Partly, that was down to the Christian ethos issue and also an unwillingness on the part of CFL to change its aims to match other people’s expectations, specifically those who control money that can fund charitable projects. For example, some of the emphasis of statutory funders is for short term interventions before moving the “client” on, whereas the experience of CFL is many of their clients need help a lot longer and sometimes it really is for life.

My mind went back to the Growing Together project I helped to start. It has been a long time since I have been involved with that project but it is good to know it is still going strong and that I had laid some of the foundations for its success. One of the strong points of the project when it began is that it gave people with mental health issues a chance to undertake meaningful activities, establish regular routines, gain new skills and confidence, create a sense of belonging and ownership, be able to socialize etc. In terms of tasks that needed doing, some were prolific and effective and some achieved much more modestly, but one thing we managed to do, albeit with some outside and specialist help, was to transform a piece of derelict ground into a beautiful garden. While it is for the clients to say, the project played an important part in providing many with meaningful activity, regular routine, stability, purpose and hope. One of the last things I did while working with the project was to produce and submit two funding bids. One was health related around giving people with mental health issues an opportunity to undertake therapeutic activity and the other was to do with EU funding aimed at getting unemployed people back into the workplace. While the latter was relevant, the former was a lot more so. We were successful with the latter bid but not with the former. I learned later that the project had to give back half the money it got from the EU for not reaching its targets of getting people back into work.

But back to Caring For Life, I have no doubt we need something of its ilk, not just for Southend but for the country as a whole. It could be a small or a large operation (the CFL vision is to literally build a whole village where care in all sorts of way can be offered) and it could host all sorts of combinations from a large number of possible activities, depending on what is needed at the time. The matter of where faith, ethos, organizational structure, joined up working and wider networking come into it can’t be ignored, and neither should wanting to bring the needy, from all faiths and none, into a better place than they are currently. The origins of CFL in addressing the deeper practical needs of those who were somehow associated with the founding church is relevant here and maybe that is where any such project should begin. Some of the things activists like me do to help the poor and disadvantage, while significant, is still tiny in the big scheme of things. There is a need and an opportunity to do a lot more, given the gaps in service provision. I recognize there will be challenges like the amount of effort and sacrifice needed to make a go of it, getting disparate groups working together (often the secret for success), reconciling having a Christian ethos with those who could play a part but see this as an anathema, and funding.

But the challenge remains to do something that makes a significant and necessary difference for those who need help, for casting my mind back to Alf, Bill, Charlie, Dave and Ed, their situation cries out for much more do be done. While we may come to a view that some will be content to stay the way they are, I reckon for others they want onward and upward rather than stay and stagnate. While I doubt I will lead such a project, I would love to support any who do.