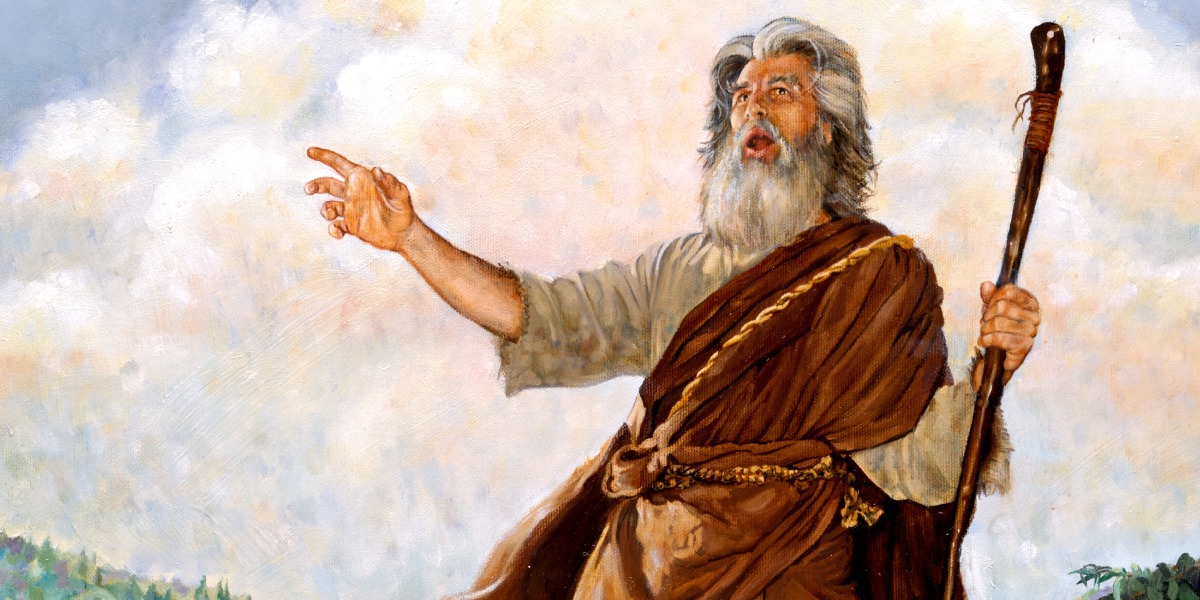 “God, who at sundry times and in divers manners spake in time past unto the fathers by the prophets, Hath in these last days spoken unto us by his Son, whom he hath appointed heir of all things, by whom also he made the worlds; Who being the brightness of his glory, and the express image of his person, and upholding all things by the word of his power, when he had by himself purged our sins, sat down on the right hand of the Majesty on high” Hebrews 1:1-3

Lord, you have always been speaking to the fathers

To the day you bid us “Come” and to eternity future

You spoke with our first father in that idyllic garden, so beautiful, so tranquil

A relationship, so wonderful, so perfect

As did his descendants from henceforth and unto now

But you have ever been wooing them back to you

And have been using your prophets to speak your words

Like Enoch, who you walked with, and was not because you took him

Like Noah, who preached righteousness to a wicked people

Year after year, and the rain came and the flood; only eight escaped in the Ark

To be a blessing to all other nations; to convey something of your majesty

Abraham, Isaac and Jacob and then for 400 years, waiting in Egypt

And it seemed you were silent, but you were merely biding your time

You raised up Moses to lead your people out of Egypt

And they wandered forty years in the wilderness

And they possessed the land and still they rebelled

And when they cried to you, you raised up judges, over 300 years

Prophets like Deborah and Samuel, who led your people

And other prophets, Nathan, Gad and many whose names we don’t have

And you gave your people a king, because that is what they wanted

Saul who blew it, and then the man who was after your own heart, David

And still they were guided by your prophets

Then there was Solomon, who began so well and ended so badly

And the Kingdom divided

Some whose names we will never know; most whose stories we cannot tell

The likes of Elijah and Elisha, mighty and anointed men of faith and faithfulness

Sometimes the people listened but more often they did not

You kept warning them; you sent calamities; you raised up oppressors

Idolatry, injustice and immorality; robbing the poor and killing the innocent

These were your complaints, and you who are holy cannot stand iniquity

In all shapes, sizes, backgrounds, temperaments, circumstances and dispositions

Yet faithfully passing onto the people the words you gave them

We thank you for the prophets; it couldn’t have been easy for them

Ignored and attacked, deprived and rejected, despised and hated, vilified and killed

But they were faithful and did what you told them to do, and this you will not forget

They did not have the full big picture and, while we have seen things, neither do we

We wept for them as they endured hardship; we sensed some of your own anguish

In the end, you allowed your people to go into exile

And still you did not give up on “the fathers”

You brought Israel back to the land you promised them

And beyond that, there was the promise of the Messiah from David’s line

A prospect of a glorious kingdom; a time of peace and prosperity

And yet, ardour abated, passions waned and the people forgot their God

And another 400 years, when things seemed to have gone quiet

And then the Messiah did come, in the person of your Son

Our Lord and Saviour, Jesus Christ, the glorious One

He came unto his own, and his own received him not

But as many as received him, to them gave he power to become the sons of God

Wherefore God also hath highly exalted him, and given him a name which is above every name

That at the name of Jesus every knee should bow

And that every tongue should confess that Jesus Christ is Lord, to the glory of God the Father

We thank you for Israel, who you have not forgotten, whose day of salvation is yet to come

We thank you for the Church, betrothed to your Son, His holy bride

To carry out your purposes, to prepare for your Kingdom, to preach your word to all nations

But we live in strange times Lord; much that is taking place we can’t comprehend

Evil doers hold sway and the church has lost its way, yet you know those who are truly yours

You understand the anguish and the suffering, especially those persecuted for following you

You are in control of history; you raise up and you cast down; and no one can contradict you

Dare we pray: raise up prophets as you did in olden days, who can guide your people

Who can make sense of the craziness around us, or at least know how best to respond

Revival or ruin – it is all in your hands and, whatever you do, it will be for the best

But more than that, may we be faithful and fruitful, especially when evil doers prosper

May we ever exalt your holy name; even though we are at best unprofitable servants

You will complete in glorious fashion

“And I saw a new heaven and a new earth: for the first heaven and the first earth were passed away; and there was no more sea. And I John saw the holy city, new Jerusalem, coming down from God out of heaven, prepared as a bride adorned for her husband. And I heard a great voice out of heaven saying, Behold, the tabernacle of God is with men, and he will dwell with them, and they shall be his people, and God himself shall be with them, and be their God” Revelation 21:1-3