One of the customary longer interviews in todays’s Radio 4 TODAY programme was with Scottish First Minister, Nicola Sturgeon. It was unsurprising that the main topic being discussed was her threat / announcement that she would / may be calling for a second Scottish Referendum, in the light of UK government intransigence in their going ahead with implementing Brexit and it is likely to be the “hard” version (whatever that is). 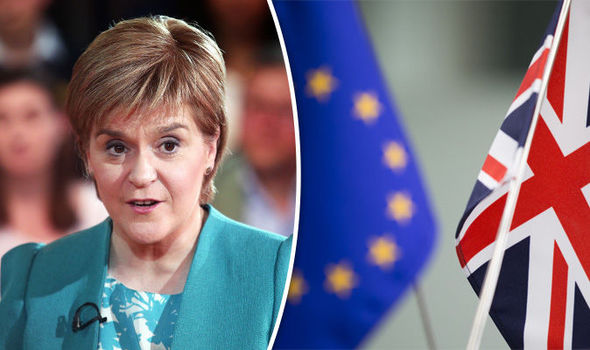 I was not surprised, especially given Ms Sturgeons theatrics, following June’s EU referendum result, which while delivering a LEAVE result for the whole of the UK, two thirds of the Scottish people who voted, voted to REMAIN. But I was disappointed. I recall blogging on the subject two years ago, a little prior to the first vote to decide whether Scotland becomes independent of the rest of the UK, and stating my view: while the decision of the Scottish people must be respected, it would be regrettable if Scotland were to leave, given we had so much in common, more so, so I thought, than we had with the EU, with its divide and rule attitude.

Regarding the EU Referendum back in June, I have already given my reasons for voting to Leave (see here), and that is what I did and, despite what has happened since, I still believe the UK leaving the EU is the right thing to do, just as I did and do regarding Scotland staying in the UK. Like most, I await the details of what is involved and the likely implications in leaving, and while I am pleased the government has remained committed to implementing the wishes of the voters, I eagerly await for the details to be revealed. 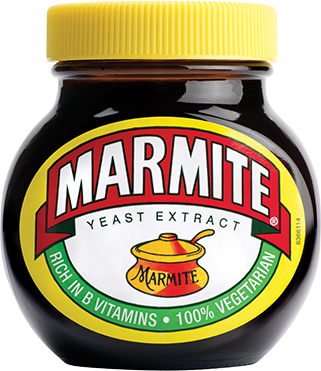 Regarding Marmite, this is one of a number of products supplied to UK supermarkets by the industrial giant, Unilever. Because many of these items have to be imported and the value of Sterling has fallen with respect to other currencies, it was their intention to pass on the resultant extra costs to its major customers, including the supermarket giant, Tesco. Because Tesco didn’t want to pay the extra costs, which they would have had to pass on to their customers, they declared they would not stock these items. The “crisis” has been averted, for the time being, and a compromise solution between Unilever and Tesco has been reached.

In an article titled: “With the great Marmite war, the reality of Brexit has started to bite”, the author argues: “When Marmite and PG Tips enter the Brexit wars, reality starts to bite – and sooner than expected. As David Davis was on his feet in the Commons on Wednesday, refusing to defend staying in the single market, the pound plunged again. Anyone changing their money at the airport today will find everything in Europe costing them 23% more than it did on 22 June. Unilever says all its prices must rise by 10% – which is still less than the 15% fall in the pound, so expect worse to come. The Unilever spat with Tesco over who pays is just a sideshow, as other retailers warn of steep price rises, as we import so many essentials. BT’s chairman says imported phones and broadband hubs are already up 10%. Each day the Financial Times reports more banks declaring they are moving significant functions abroad, while car manufacturers look to invest elsewhere in the EU for their new models. As prices rise, the great majority of the population, whose incomes have been stagnant for nearly a decade, will see their living standards fall”.

I concur these are valid concerns as are others raised by my Remain friends. I do not profess to understand all the difference between “soft” and “hard” Brexit, or the full implications of staying in or out of the European single market, depending whether we go for a soft or hard version of Brexit. What I do know is that the majority of Britains have been asked whether or not Britain should remain in the EU and they have voted to leave, and therefore their wishes need to be respected. I believe too that maintaining trade and other links with our (at least for now) EU partners should be a priority but NOT at any cost. That is why we vote for a government to negotiate these matters and we vote them out if they fail to deliver. While I have to study the detail, the opportunities to trade with non-EU countries and the strength of our major companies (if FT indexes are anything to go by) are at least two promising signs. I have long believed that doing the right thing is important, and Brexit is the right thing.